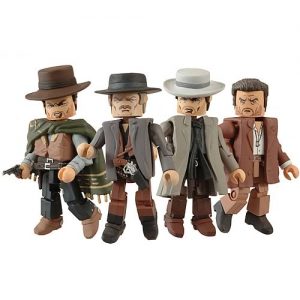 We are progressing in the journey of life, perfecting ourselves, gathering understanding and the knowledge needed to reach the point of liberation from the Wheel of Karma and its inevitable worlds of Samsara.  But in order to do that, it is necessary for us to know ourselves in a very deep and intimate way, to analyze our needs, feelings and what is honestly relevant for our happiness and self-realization.

In spirituality, and especially in non-dual, mystical and eastern meditative traditions, the human being is often conceived as being in the illusion of individual existence and separated from other aspects of creation. This "sense of doership" or sense of individual existence is that part which believes it is the human being, believes it must fight for itself in the world, and is ultimately unaware and unconscious of its own true nature. The ego is often associated with mind and the sense of time and compulsively thinks in order to be assured of its future existence, rather than simply knowing its own self and the present.

First, we should start evaluating an old Bible saying in Genesis that declares that men are the rulers of all Creation. This may be true if you can honestly say that you have control over the will of nature, including natural disasters, or even if you simply retained the power of command over the four elements: Fire, Earth, Air and Water.  Is there anyone on Planet Earth who can claim the title of administrator of the Universal Order? How can we do this, if we are not even able to master ourselves yet?

The ego is much more than a psychological construct to define the human psyche and it has been a common motif in various mythical stories through the ages.  The legend of Medusa with her glare that petrifies and her hair filled with serpents, represents the many cunning facets of an untamed Ego. We can lucidly perceive in the various mythological stories, the "Heroes" going through trials facing adversities, challenges and monsters, to finally come to the realization that they were actually doing a divine work and to be rewarded with a place in heavens.  On the other hand, we have mythic aspects such as Pegasus, the flying horse, and the Unicorn symbolizing the Divine essence freed from the grasps of Ego.

Ego is the fundamental point of existence in a world of duality. It is therefore an essential element for anchoring, sustenance, and survival of our personalities. It is true the Ego is a very demanding entity and tends to limit our peripheral vision of the world, because it functions exactly how it is supposed to: as a central point of reference.

No one entering this world would be able to exist without an Ego.  It is a matter of fact that one needs an Ego and a physical body to exist, to function and to serve as a fundamental base for the spiritual works of the soul.

The Ego can express itself in very ugly ways.  It is sometimes even worse when it clothes itself in a language of sanctity and piety to reach and accomplish its will. In this aspect, the ego seems to psychologically aggregate elements and lower feelings such as jealousy, envy, laziness, pride, hatred and lust, but they are all stored on the five cylinders of the self. These cylinders are: the first: the intellectual center; the second: the emotional center, the third center: the motion center or center of movement; the fourth center: the instinct center, and the fifth center, the sexual one.  They are therefore lower vibrational in nature because they are just self-references of the same point of reference: the individual and no one else. Ego is a substrata, the fundamental base of development, of higher consciousness, not the goal in itself. 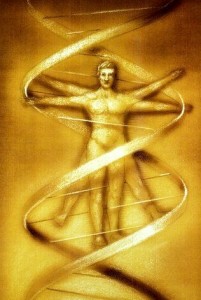 The Ego was conceived to be the vehicle of the higher consciousness, to contain the quintessential nature of spirit, The Alchemical Salt, perfected and immortal. The Ego does not survive the transitions through the gates of death, but instead it restructures itself with the matter aggregated through its experiences in Earth school. If it still has attachments and lessons to be learned it will continue to be reentered into the wheels of life.

The Ego can reach gigantic proportions of control over our multidimensional life, impeding the blossoming of the soul, going against what ultimately would be its sole function and purpose. This must be controlled and mastered. It can cause pain and suffering blindly, because it is an element that is just aware of itself.  Transcendentally, the suffering process is registered in our essence and consciousness; there also is recorded the particles of pain of the Divine Mind, the pain of the Omni-cosmos, the hidden Mother/Father in Heaven.

It is said that the seeker of higher knowledge should learn how to control and tame the Ego as preliminary work to continue on the path of self-realization, and as the Indian God Shiva, the seeker should wear the Ego around the neck, like Shiva wears the tamed serpent around his.

Our Divine essence is our true guide and Master, but, unfortunately, sometimes this sacred part of us is so entrenched inside of the Egoic prison, the mindset of "Me, Myself and I", that is unable to express itself and accomplish the life lessons it came here to learn.