Some believe that this reconnection between the Spirit and a new body occurs in the very moment a human egg is fertilized inside of a womb. 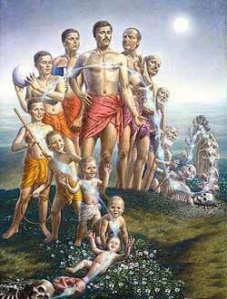 The concept of reincarnation is a fundamental cornerstone of the School of Spirituality from the French Alan Kardec, but also is am important part of many other systems of philosophical beliefs such as Theosophy, Hinduism, Jainism, and various mystical schools of Christianity, even though the formal Christian Precepts and Dogmas do not accept the concept at all.

There are many references that make allusions to reincarnation in various religions, including the ancient ones, such as in Old Egypt, indigenous religions, and others. It is no doubt part of the contemporary imaginary of our Western society, being mentioned in books and many of the movie productions nowadays.

There are some references to this notion found also in Buddhism tradition, however their version of reincarnation differs from the rest because they refuse the idea of individual soul passing through processes of births and rebirths; therefore accepting these concepts with the limitation of the notion of rebirth as part of a greater process of expansion and expressions of an universal soul.

The concept of rebirth is unfamiliar to most Western people. Its philosophical and traditional foundation is found in India, where the theory of transmigration of souls had presumably existed long before it was written down in the Upanishads around 300 BC.

The Buddhist concept is subtly different from the classical Indian understanding, because it denies the existence of a self or a soul. In Buddhism, the idea of self is merely an illusion. Man wrongly identifies perception, consciousness, mind and body with what he calls self. In reality, there is no abiding entity that could be identified with a self, because the states of perception, consciousness, and mind and body constantly change.