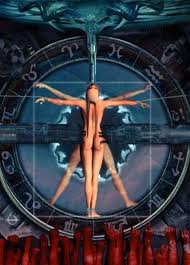 There is a capital difference between these two concepts of Methempsicose and Reincarnation, and it resides in the fact that human souls would be or not be able to take upon rebirth under an animal body. The difference is that these souls belong to very distinctive lines of evolutions and pertain to their own kingdoms. For a human soul to take upon an animal incarnation would mean a state of degradation, or a step back in the process of evolution, creating involution. The main argument from various schools of wisdom resides not on  the complete denial of these premises, but the assertiveness that this process is no longer accepted and performed during this stage of our Earthly evolutionary program, neither accepted during this round of evolution. The rebirth of human individuals can be performed on Earth as in many different karmic suitable planes of existences and planetary environments, according to the law of progress and evolution, and will continue to manifest until the essence of the individuals  are purified enough to coincide with subtle frequencies, enabling them to return home.

Theosophy teaches that it is possible for different soul extensions of the same soul to be incarnated on different levels of consciousness simultaneously.

The Christian system of beliefs accepted the concept of Reincarnation during its first six centuries of our era; several of the Fathers of the Church taught this notion and only in the Constantinople’s council were these teachings removed from the main texts, mainly because of political and theological reasons. Most of the texts containing their explanations were summarily destroyed