The Essene Blessing for Mother Earth 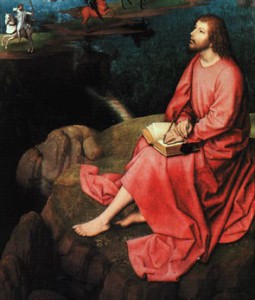 The human actions reputed to Christ Jesus happened in a specific time and space; nevertheless, there are limitations in the registering of these actions.  Except for those registered in the bible and the other chronicles known as neo-gospels, we know very little about the man called Jesus. The second limiting factor we find about Christ Jesus’ life is that the biblical writings were not designed to give historical references, but only to incite faith and devotion in its audience.

The writings within the Bible apprehend a diversity of writing styles, from the gospels to parables, letters, epistles and narrative passages; but we can perceive that the Apostle John’s writings are quite distinctive from the those of Apostle Paul, mainly because Paul produced a compendium of texts that were directed to his own public and to address the problems of his own community post-Christ.

We can perceive in Apostle John’s writings two distinct points of reference upon which all his writings are based and structured.  The first theme is the narration of the divinity of Christ Jesus, the perfect Lamb, from the perspective of his teachings, his miracles and his relationships with diverse people.  The second theme is when he accompanies the final stages of Jesus’ ministry, with the grounding for his sacrifice, the last supper, and the farewell rituals and preparations.

The Gospel of the Spirit

“The next day he saw Jesus coming toward him, and said, "Behold, the Lamb of God, who takes away the sin of the world! This is he of whom I said,' after I comes to a man who ranks before me because he was before me.' I did not know him, but for this purpose, I came baptizing with water, that he might be revealed to Israel." And John bore witness: "I saw the Spirit descend from heaven like a dove, and it remained on him. I did not know him, but he who sent me to baptize with water said to me, 'He on whom you see the Spirit descend and remain, and this is he who baptizes with the Holy Spirit.'”
~ John 1:29-33 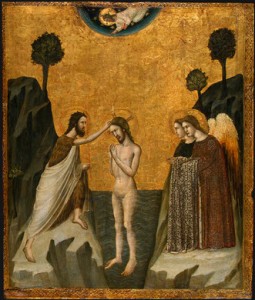 The Gospel of the Apostle John develops itself inside of a very particular standpoint; the perspective of duality pervades almost the entirety of his work: Light/Darkness, World/Spirit, and Life/Death. The reason we observe this in his writings is that Apostle John’s Gospel was written by his followers.  It is presumed to have been written late, and it is one of the last texts written for the compendium that became known as the New Testament. His literary style is more than a style per se but is a product of the widespread culture of the time: Gnosis and Greek philosophy, known as Neo-Platonism.

The theme of duality is found in both of the prominent sects of the imminent culture of the time, both with Plato and in the Gnosis. The Gnostic branch that incorporated duality as its premise probably originated from the Persia of Zoroaster, bringing the perspective of good and evil, or the eternal struggle between the principles of light and dark.  In Zoroastrianism, Ormuz is the representation of the Light and Ahrimán is the representation of the Darkness.

In later times, the same vision acquired a new face with the growth of Manichaeism. Manichaeism also originated from the Zoroastrian religion, but incorporated elements of early Christianity and later became one of the first heresies in history.

Nevertheless, the Gnosis differs from the argument of the duality of the Manichaeist through the belief that it is possible to rid oneself of evil through the acquisition of a superior, or Divine, knowledge. For the Gnostics, this knowledge is placed in a different dimensional sphere, and the seeker should strive to reach this level. The same ideal is presented through the Platonic school, where there is a polarization between the World of Senses and the World of Ideas. This was in itself a manifestation of Gnostic principals.

In Apostle John’s writings, we can see the “tainted” influence of these philosophies running in the background of his texts.  He also emphasizes that the real knowledge is not of this world, the world that condemned Christ to perish in the cross but comes through the acceptance of an ultimate reality through the identification with the Light and the body of Christ.  This is the Christ-consciousness, which develops only through the understanding of love and the compassionate teachings of his Master.

“When Jesus spoke again to the people, he said, “I am the light of the world. Whoever follows me will never walk in darkness, but will have the light of life.”
~John 8, 12 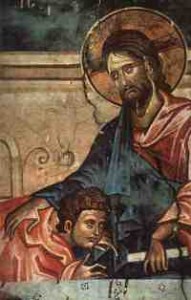 For Apostle John, Christ Jesus embodied this ultimate reality, from the opening of this Testament until the last of his writings; Christ Jesus was the Word was made flesh, but it was not from this world.  The Apostle John believed that one should not expect to accomplish great things living in the world stained by evil.

The challenge presented by the Apostle John in his Gospel is, in fact, a humble and sacrificial spiritual life program. After characterizing this existence as the world of Darkness, John tries to teach to others the ideal way to be in the world and interact with the world, but not be of the world.  This consisted of the necessity by the individual to insert himself into the community while not allowing himself to suffer the influences of darkness and endure the dismay of its deception and, at the same time, performing the role of an emissary of peace:  mediating and fomenting forgiveness, healing, and diffusing pure Light.

“I tell you the truth unless a kernel of wheat falls to the ground and dies, it remains only a single seed. But if it dies, it produces many seeds.”
Apostle John 12, 24