Sutratma, or Silver Cord, is, in metaphysical literature, a term referring to the link between the physical body, the astral body, and the Higher Self (the Monad). The Silver Cord is mentioned by occultists and mystics, especially in contexts of dying and of near-death experiences, but is the cord that feeds the personality (the Ego) with the energy that maintains the life influx inside of the body. In some schools of Spirituality, it is also called perispirit.

"Remember Him before the silver cord is broken, and the golden bowl is crushed, the pitcher by the well is shattered, and the wheel at the cistern is crushed; then the dust will return to the earth as it was, and the spirit will return to God who gave it."
~Ecclesiastes 12:6-12:7

The Silver Cord is also described as the Astral Cord because it is the bond between the physical body and the astral body; and it is called Silver Cord because it is formed by an assembly of high vibrational particles that rotate very rapidly and can be perceived as a shiny ray of silver, gray, or a white-blue fluorescent light. It has been described as being smooth, very long, and very bright, like an elastic cable made of light. Its higher vibrational field allows it to be stretched infinitely, except at the moment of death (see below). It appears to be about an inch wide, sparkling like tinsel on a Christmas tree, and attached to one of the several possible locations on the physical body. The existence of this connection can be seen as a mystery, as this is the vehicle from where we gather all our "spiritual food," our ideas, and discoveries.

The Connection between the Sutratma - the Silver Cord and the Bodies 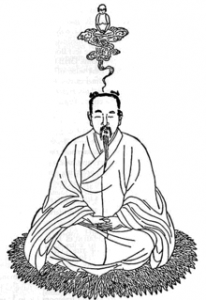 The Sutratma should not be considered simply as an energy cord; it is more than that. It is a compendium of energetic filaments interconnected and weaved just like a web. In astral projections, some can perceive this cord permeating the entire extension of the physical body. The most important energetic filaments are connected from the head (Pineal gland) and also the Heart Chakra. In astral projection, one will be able primarily to see the Silver Cord coming out of the back of the head.

The attachment point of the cord to the astral body differs, not only between projectors but also from projection to projection. These points correspond to major chakra positions. According to the observations of Robert Bruce, there is not a single point of connection to the denser body, but rather a locally converging collection of strands leading out of all of the major chakras, and some of the minor ones (Astral Dynamics, p398). 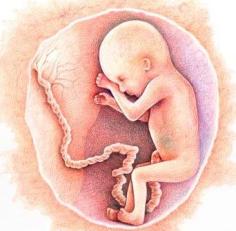 The Sutratma is pretty similar to the umbilical cord that connects the body of the mother to the baby. The Sutratma was designed to transmit everything that is spiritual to the physical body, just like a mother keeps the baby fed inside of her womb. The Infinite Intelligent Design can be perceived when we understand a phenomenon like that. Physical death is the moment when the Silver Cord separates itself as a connection between the Body and the Spirit. This finally occurs when this cord is broken. 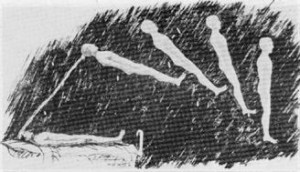 The Astral Silver Cord serves as a channel from where the fuel of the soul reaches the body, there is no limit, it can't be measured by any human set of measurements, it will not break, it cannot be knotted: it is truly a wonder of Spiritual Engineering. The reason it cannot be broken is that this cord is attached to the physical body through Spiritual Seals, which are pre-programmed to be "broken" and to release the soul extension of its physical embodiment at the right time.